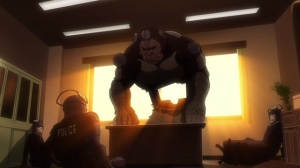 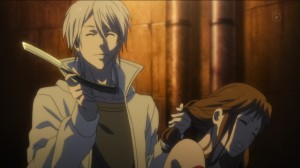 I have been an anime otaku for a long long time, and I want to take a moment to talk about some things that have been positive in the industry and negative as well. More notably a negative trend I have noticed throughout the years of watching anime series that has been bugging me. Season lineups are getting longer and longer churning out somewhat unique series down to about 2 to sometimes 4 original series that contain good character development, plot, animation, etc. Last season we had kyoukai no kanata [based off of a light novel by Nagomi Torii] by PA Works which as some of you may know is always very good in the animation [more so than not the animation feels very recycled with its character designs] department but not so much in terms of continuity of story.
This leaves behind plot holes and ideas left unfinished only to overall make a series flat. There were a lot of series not just last season but the entire year of 2013 that had me feeling that way. E.g. Galilei Donna, Coppelion, Free!, amnesia, red data girl, and diabolik lovers. These are just to name a few that either had unfinished, lackluster endings that broke the series, or characters that transitioned speaking emotionally, drastically to try and make the stories of these kinds of series more “dynamic”. These are just a few of the issues that I saw watching these series. If you look back to around the year 2000 even there were only around 8 series per season. That year we had Boogiepop Phantom, Love Hina, Inuyasha, and the incredible Strange Dawn. Love Hina was a hilarious romance comedy that kept the jokes fresh. A trend that I did see for quite a while were series that were extremely episodic. Cowboy Bebop back in 1998 could be watched each week without a whole lot of thought and follow-through of the previous episode[s]. Slowly the characters would be fleshed out further and further and we got to understand their actions, emotions, etc. so much more! Another series that did this was Mushishi, and it was beautifully executed in its immersion into the world of Mushi, and the slow-moving background stories that were contained in each episode. I would love to see more of that. Space Dandy I have noticed is in that same vein.  Following in the years that followed seasons gradually began to span up to 12 and even 15 series a season. The series in regards to storytelling had kept up in maturity was still big and moe had not graced popularity yet in the anime scene. I am not saying I hate fan service and moe, but I feel as though that kind of anime terminology is thrown around a ton and shown at the wrong times for the wrong reasons. Perfect example was last year’s Yozakura Quartet Hana no Uta. The fan service in that was entirely unnecessary and that extra time could have been spent on diving more into the story behind the elders. In the later 2000’s I’m talking 2007, seasons got a lot longer, granted NOITAMINA was still quite new [started in 2005 with Honey and Clover Season 1] with only one half hour every few seasons to work with that had been for the most part Josei exclusive. Shows were just getting started to get stereotypical in plot, recycled characters and then anime archetypes were being born. e.g. Moe, tsundere, harem, loli, and seen more often than many of these imouto. Moving forward, I have noticed more unfunny, dull, and rehashed routine series every season. Highschool DxD is basically the same sex-infused series that Samurai Girls is only without the cel-shaded animation. There were only a few series even last year that had made my list of top 5. Psycho-pass’ 2nd cour, Attack on Titan, Silver Spoon, Shinsekai Yori 2nd cour, and Chihayafuru second season. Usually I have a lot of trouble finding series that make that list. One series that is right below that list is Flowers of Evil, and the ending ruined it for me. The atmosphere was perfect for the psychological thriller, and the animation was astounding! I would really like to see Zexcs animate the manga I am a Hero. Another positive aside from having more episodic series, I really like what NOITAMINA is doing in the anime scene with their series. They take a risk when running a series which the majority of the time is original and not based off of a light novel, novel, or manga, and are not afraid to scare its audience off. Great examples were the pastel painting-like animation of Mononoke, obscure animation of Tatami Galaxy, the brutality of Psycho-Pass, now the 2nd cour of Samurai Flamenco. They have had disasters in the past with guilty crown and fractale, but overall their broadcasting company sure picks the right people to work with. I sure hope more broadcasting studios would follow suit like that. I think a great idea is to write an anime series ABOUT the trends of anime into its own series, using all the elements behind what makes anime what it is. Now don’t get me wrong, I do appreciate a lot of what the past couple of seasons have had, yet more and more series feel so rehashed.

1) Bring on the episodic series!

2) Anime Series need to take more risks! According to this season, Space Dandy, and Samurai Flamenco are doing a fine job of that! TAKE NOTE!