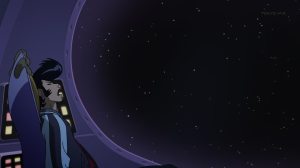 It is a sad that the season finale is airing this week, because the comedy in this series has been astounding! Nice thing is Space Dandy was announced over the weekend to have a second season starting in July. This will be the first time in Watanabe’s career that he will be doing two anime series within a year, and both in one season for that matter! The other series he is doing is Zankyou no Terror [Terror in Tokyo]. The only information that has been given about this series are the three main characters and that its about a terrorist attack on Tokyo. Yoko Kanno is teaming up again to do the music, which I know hands down will be awesome, especially after seeing that short PV on the official site. Oh and MAPPA, the same animation studio behind Kids on the Slope [Watanabe’s most recent completed work] will be doing the animation. So I really hope for a great summer season this year! Soon I will put up a post about what I will be covering this coming spring and summer seasons. I will try to cover Episodes 11 and 12 in the next few days. Now onto some Space Dandy! 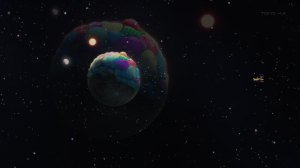 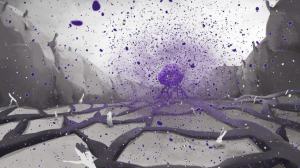 I can really tell this series episode-director was the same from Kaiba. At least for some of the episodes and was the art director for that series. The animation looks just like it! For Space Dandy it really flourishes here with vibrant animation and coloring! It was extremely refreshing to see Watanabe’s characters live in this animation! That is one element that moves me when I watch anime, is art direction and the way a director can work in episode in without strict rules, and go beyond the boundary without any limits whatsoever. That is one thing I really like about this director.  The slow story of this episode was provided with great dialogue between the talking plants, and Dandy’s understanding of it all. I had to watch this episode a few times to really catch on to what the plants were doing. It is like looking at a painting and understand all the objects inside of it, what kind of story it tells and the symbology behind it all. It was a very serious episode that I was NOT expecting, and cleverly pushed aside Dandy’s belief system for once. The comedy was lacking quite a bit and for a Dandy episode that is saying a ton. Not saying I do not like his ideals or anything but it was a breath of fresh air to see all this animated out.  This episode almost felt like it was not a Space Dandy episode. The animation, obscure chorus music, slowly engaging story all developed nicely with Space Dandy character cameos. Really wonderful and refreshing to see. This is what I am talking about when taking risks!

NOTE: The episode-director of this was Eunyoung CHOI. Animation Director of Kaiba, and Kemonozume. Two fantastic series! 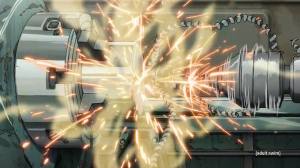 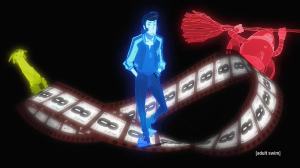 It was really nice to not see the typical Dandy intro, and great to jump into some more backstory this episode! Use every minute as best as you can and that’s what the director and the writer did of this episode, and it paid off! So the comedy is back in full swing this episode, and we finally get some backstory on one of the main cast members of the Aloha Oe! Usually when backstories are given its so mundane and dry, either with someone else explaining their predicaments as how they came to be in the present or through some kind of flashback. Which Golden Time suffered from greatly and was another big reason why I dropped that series in reviewing. This episode brought out Meow’s character quite  a bit. I am not sure who wrote this episode, but they did a wonder of a job piecing together how Meow was when he was little into the so-called “space cat” that he is today dabbling into mischief and his certain knack for curiosity. His father was a kept person who was ok with living his life the same every day. Meow’s boring childhood was illustrated greatly by the Time Loop Dandy and company were experiencing throughout the episode! That was so funny they hadn’t realized until the 108th loop! Haha! Another one of the greatest aspects of this episode I throughly enjoyed was the narrator’s boring description of the time loop and assuming the audience gets it but the cast does not! That was so great! “You idiots! You don’t have superpowers you are stuck in a time loop! Get it through your heads and get on with the story already!” That is one way to progress the episode! Hahaha. Finally a not so boring backstory!!

[Screenshots from this episode were taken from the English version]