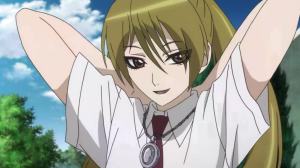 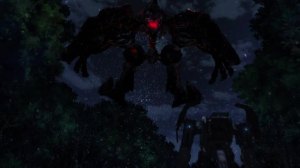 So now this is the final anime series to air for the spring season. Everything that I’ve been blogging about is really the only series worth mentioning. Aside from Knights of Sidonia being entirely 3D CG I am not really sure about the story on that yet or even if I will put an initial impression. Just haven’t been mesmerized by the show yet.

Oh Junichi Sato, is one of my favorite directors still to this day. Along with Kazuki Akane, Shinchiro Watanabe, Naoshi Shiyotani, and Sayo Yamamoto. He directed some classics! Sailor Moon and Kaleido Star were my favorites that he has ever done. They were true bishoujo series! He has done a few failures like Phi Brain, which I will give the first season credit for being decent, but the second and third seasons were awful.

Noein, Raxepheon, Bokura no. These series while Sato did not direct, were astounding series that took young kids even sometimes teenagers and had them pilot giant robots. The character development in those series really reigned supreme for their time. Noein was an incredible time-travel series that took the idea of having to save the world by going into the past. The story in that series left a huge impact for me.

M3 Sono Kuroki Hagane rekindled those same feelings. This episode conveyed quite a deep theme here. Death. For the beginning entry into this original anime series, this was a big impact! No one died out of the cast, but its the ideas and flashbacks running behind it telling the story that made this real captivating. There were these monsters known as Admonitions rumored to be from corpses of humans left in the other world known as the Lightness Realm. After they explained that, I figured we would see our cast fight there towards the end of the episode. Ha! I was completely off-base on this one! The otherworldly presence that this series set was quite haunting. Here is where having a school really works, because it’s not widely pivotal to the plot in the first episode. Its only there to pour out character development.

Surprising how bright this first episode was with the emphasis in darkness the trailer suggested. 5 pilots were already picked even probably well before this episode started in its timeline, and their reactions were splendid! They didn’t even look scared because they haven’t seen what these Admonitions could possibly do. It was really strange however that the whole school knew of Admonitions and chosen ones becoming pilots. Very refreshing here! Most of the time the main plot for the characters are hidden from the world around them.

They surely put their cards on the deck with the story on this episode! Hell, they even taught training classes out in the open! Can’t wait to see what Sato has up his sleeve for the final 3 pilots to be revealed. Pilots of the robots would travel there to battle the Admonitions, not knowing exactly what they were, how they came to be, what they were even after. It wasn’t until the very end that perhaps the rumors spreading around school were true. The animation wasn’t the high quality like many of the other series that have aired, it was rather in the character designs. Really thought they did wonderful work on the character’s faces! The CG on the robots were awkward and felt pretty out of place, which I hope they can fix within the next couple of episodes. It looked a little blurry, perhaps that was what they were going for but it wasn’t working here.

The music, oh my goodness! One of the best soundtracks of the season and it definitely helps that La La Larks is doing the ED theme to this! La La Larks vocalist is Yumi Uchimura. She was the vocalist from the now disbanded School Food Punishment who has done songs for Higashi no Eden, [C] The Money of Soul and Possibility CONTROL, and UN-GO. This new band rocked in this ED! The visual quality for this was superb they used the song and the timing greatly to their advantage! Not sure about May’n doing the OP, the animation quality is really neat there along with the instruments. Just not super hyped about the vocalist on this OP song.