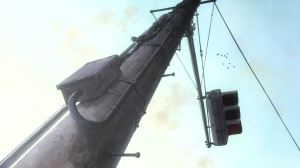 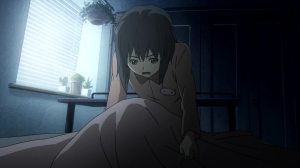 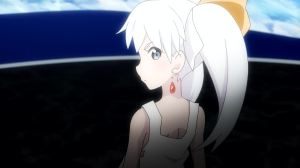 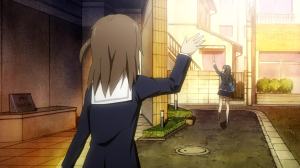 STORY: Teenager Ruko Kominato’s world is tossed upside down when she begins playing the popular WIXOSS card game. There exists Rulig Cards that have feelings all their own. Special girls known as Selectors have the ability to hear their voices…

The genre of games in anime series is huge. Ranging from actual card series to puzzle series even then there are a ton of sports series as well. There are a lot that are terrible, and only some at least which I’ve seen that are really very good. Chihayafuru ranks really high on my list for being so faithful to karuta. The hundred poems card game. That series also did a superb job at carrying emotions between teammates. I am not talking drama here but the inspirational feelings of winning and losing. This series was one of the best at pulling it off. When push comes to shove Hikaru no Go was unbeatable as a comedy card game series. I laughed quite a lot in that series. Now on to Selector Infected WIXOSS.

Now we have another series after all the Bakugan and Yu-Gi Oh renditions, something a little different. WIXOSS definitely has an interesting premise, and the animation here in the first episode was pretty good for this genre. The whole part of this that really ruined my viewing experience was the main character. Really what happened here?! Don’t make your lead so stereotypical here! Ruko has no friends except her grandmother, that is until she begins playing WIXOSS. All of a sudden she befriends another WIXOSS player, Yuzuki and her brother Kazuki. There are these wishes of each special girl. I knew when I saw Yuzuki and her brother Kazuki [Rhyming, really?] for the first time that there would be some sort of incestuous relationship. Usually these in anime are as common as an action adventure series mixed with the harem genre. Most of the time these incestuous relationships are generally one-sided for instance Suguha having romantic feelings for her brother Kirito, Yuki and Kaname from Vampire Knight, oh and the big one Kyosuke and Kirino from Oreimo. They really need to handle this in another way. Take more risks and do something different here!

The idea behind it is pretty nice, but it was the overall delivery of it that crashed and burned here. After watching this episode, I felt like this series was trying to copy Puella Magi Magica Madoka. Down to the sound effects and the entrance of the battlegrounds brought back memories of that series a ton. Mari Okada, you’ve written so much better before, your series composition on GOSICK was awesome! Let’s hope her other series [M3 Sono Kuroki Hogane] airing this season is a lot better than this! Initially I was very excited to see the director of Fate/Stay Night and Steins;Gate to be a part of this, but what exactly happened to his director here?

There really isn’t much to write about this series, it was very boring and just like every other card game series out there aside from the greats I mentioned earlier.

The OP has a really good instrumental track but the vocals are horrible! The vocalist was definitely the wrong pick for this song. Did she forget how to sing? The ED wasn’t too terrible but not great either.