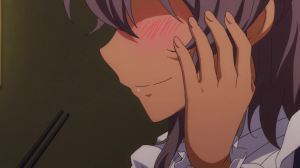 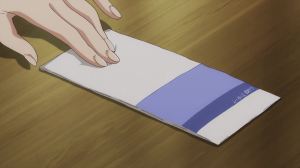 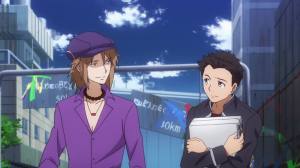 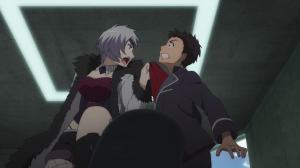 What happened here Noitamina? Last week we had such a nice development from Juugo along with the rest of the cast. We learned about his father a little bit more through their conversation on the phone and how much the story dynamically changed. With this week the tone had completely changed here? This was just as bad as episode 3 if not worse. The only piece of the story that was continued on from the previous episode was that Juugo left Matsuri and his dealings with his father.

The conversation with Yukihime was the only redeeming part of this entire episode. It was not because of the fanservice that was shown other than that it reinstated that Juugo is a pervert, but that both sides were really trying to come up with some sort of resolution behind what happened last week. For the remainder of the episode I felt like this was very separate from the rest of what this show has offered us so far. Really strange.

I think what had ruined this for me was the very beginning. Yuiga inviting everyone out to a hot springs. Daruku provided enough tension for Yuugo but what was with the suspenseful music? Is this all for show or just bad directing there? This series should be about treasure hunting but now it shifted into a slice of life with Yuugo coming up with ways to pay his utility bill off. The job he took was a rather strange one, delivery flour in a suitcase escorted by armed thugs.

Another problem we have here is how many characters we’ve been introduced to so far, and this episode included about three more. Series like this one that have only around 11 episodes can be rather tricky to bring in this much development all the while keeping it refreshing. I’ve seen a few series that have been able to pull this off correctly, and quite a few have trouble with this aspect of a story. Coppelion had 13 episodes and its writing of the characters were horrible, not to mention the pacing of the story. That of which I am beginning to see is happening with this series here. It really showed up in this episode with  how flimsy the writing was and the overall pacing of this!