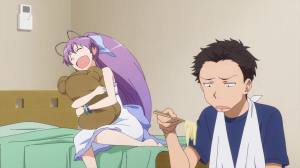 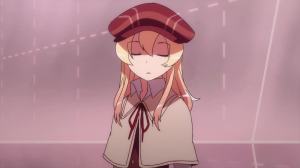 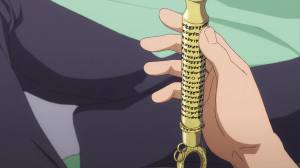 I am all for ambition, taking risks, and granted Noitamina working alongside various animation studios have done a fine job adapting so many astounding light novels, mangas, and novels. Honey and Clover, Nodame Cantabile, Paradise Kiss, Shiki, House of Five Leaves, Tatami Galaxy are to name just a few. They’ve had their crash and burns too.

With Ryuugajou Nanana no Maizoukin being an ongoing light novel and manga series I should have seen it sooner that this would have an open ending. Keeping that in mind, this was a particularly in-depth look at being a harem series as well as an adventure series. Tensai, Nanana, Darukai, Yukuhime all have different affections for Juugo. That isn’t what this show should be about, and given the rating I gave it is why. It may have been faithful to the source material yet should have focused more on the heart of the plot and not all the side stuff in between. The progression in the series was pretty decent. This would have been a lot more enjoyable if I had read the continuing light novels as I would have known that all these questions would be answered sometime in the timeline.

Kanta Kamei I was surprised when I saw his name up here as director. He is one of my favorites due to having directed Usagi Drop, which is one of my favorite Noitamina series and Oreshura being a simple-minded comedy series. Nanana was right up his alley for pulling this off smoothly. Problem here wasn’t him.

Hideyuki Kurata was the issue here. This guy did amazing work on Now and Then, Here and There way back in early 2000. That show was phenomenal. What is strange is this guy’s early works were great. Brigadoon and his script writing on GunXSword. All series that flourished in their respective genres. Yet more recently, he made a mess of Dragon Crisis! one of the worst series I have ever seen, and ruined Samurai Flamenco. That series may have been a genius piece of work, but the way the episodes were compiled it didn’t know what to do with itself. I felt that way with this series. If we would have had any other series writer here it would have paid off greatly. A lot less abrupt newly introduced characters that would be pivotal to the series later on, but fell flat because of Kurata.

The composer as I mentioned before executed great pieces of work at all the wrong points in this show! This series was about a dead girl who was stuck in a room, and treasure hunters were after her treasure which was scattered all over the island. Juugo if he wasn’t so brash about every little thing and less of a pervert this show would have been more interesting to watch. Nanana didn’t have a whole lot of screen time in this series, which made the entire plot empty. Juugo would do odd jobs here and there with little substance to the heart of the story. We did not even get an understanding of whom the killer was and why. As a whole this series fell flat on its face.

In the big scheme of things and with the way the ending turned out I can now see the success in this series. A teaser for the light novels and manga would be the best description for this series. I just hope Noitamina with MAPPA up their sleeve in production of Zankyou no Terror can pull off more quality anime than this.