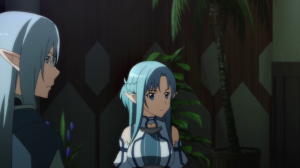 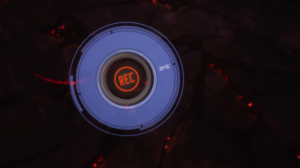 This was horrible!  So Kirito tells Sinon of everything that has happened so far. This is a show that leaves the viewer pretty confused for a few episodes as it retraces it steps way too often without answering any questions it has raised previously.  Yes we understand that Sinon has emotional issues and that she could be the next victim with a possible second Death Gun in her real world room, but this has already been done to death as we saw her past be the crux of emotionally breaking her.  Very annoying character we’ve got here with no backbone whatsoever.  There are only a few female figures in this summer season that have been level-headed, and those being Scarlett from Space Dandy, Elderitto from Aldnoah.Zero, Akari from Captain Earth, and that’s about it.  So the Death Gun pair try to add some kind of meaning to their killings by just add some smoke screens?  Come on now, this is pathetic.  I thought this show couldn’t stoop any lower than it already has with the Sinon and Kirito fan service sequences. I hope this next episode will resolve the Death Gun situation as it is starting to get very tedious here.