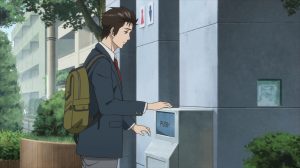 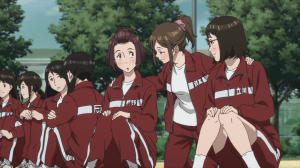 I was really hoping to get these out last week but with the holiday season approaching and finals its been more difficult to find time.  Nonetheless, we had an incredible week of Kiseijū last week because of the first live-action entry into this was finally receiving a cinema-wide release throughout Japan.  The amount of hype for this has been tremendous and as such we were treated with not one episode of the animated television series but two!

We also couldn’t have asked for a better director on this episode than Koji Sawai as he single handedly directed some really solid episodes of historical samurai drama and comedy series Hyouge Mono.  Surprisingly enough this was the same guy that ended up directing an amazing love story: Lion and Pelican from Ai Monogatari of the early 90’s.  I highly recommend seeing that out of the collection of tales told in that collection of stories.  Good to see a well-versed director working on a series with this style of genre as the most compelling parts of this episode were between Shinichi and Murano.

Picking up from last time, Shinichi returns from his trip a changed young man.  Ryoko Tamiya is back, and this was a pleasant surprise because now that Shinichi has gone through hell with losing his mother, gaining additional abilities and moving towards a path less human Tamiya’s calm and intelligent demeanor should provide some intriguing interactions with Shinichi and Migi later on.

Kiseijū and Garo are some of my favorites this season for many reasons but one that does standout is the amount of side-characters these two shows focus on.  A few episodes ago we were introduced to the perceptive Kana and her wannabe boyfriend Mitsuo, the way the manga author introduced these two by interweaving Nagai back into the picture, allows for their scenes to add a lot more realism to this series than we’ve ever had before.  I really like the fact that there is a gang war between school students amidst alien beings taking over the planet–  and Migi’s progression towards merging with Shinichi is a focal point especially with Mitsuo jealousy-fueled fight against him here.  The result here?  Well we got to see some incredibly fluid animation by Madhouse.  Great stuff!

It’s these changes that make an impact on his father asking if he’s made of steel, to the dead puppy scene that pushed away Murano even further.  This could not have been at a more difficult time for him after everything he’s been through–  Shinichi is introduced to Shimada, a companion of Ryoko that is sent within the school to observe Shinichi’s parasitic progress.

Shimada, a level-headed student that provides Shinichi and more-so Migi with tons of questions to one huge theme that Ryoko brought to the table originally–  can these parasites co-exist with humans and how so?  Feel really bad for Migi’s new weakness that he falls asleep for four hours because he knows that the two of them should be very cautious of Shimada but this played off amazingly well for Kana and her unusual abilities to detect parasites.

Great foreshadow to use especially with how frightened she was about Shimada which I can see Shinichi and her working together in the future.  Want to point out that her reasoning being that she can sense her soul mate screams that she is infatuated with Shinichi’s strong personality which also reflects in Murano’s friend Yuuko and her crush towards Shimada.  Glad we didn’t have to wait another week for the next episode of this!  Another amazing episode here!