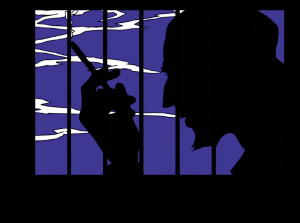 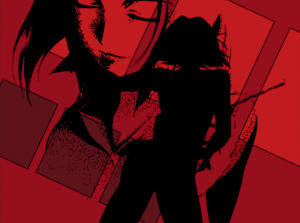 So we got to see the Star Wars trailer, and what was funny was how they didn’t have anything else to show so they displayed it twice in a row.  Such an amazing trailer and can’t wait to see what J.J. Abrams has in store for the next trilogy. I know this isn’t my 250th post or 300 for that matter as I’ve got something planned for that extra one hundred milestone in reviews.  This post is going to be a bit different than the typical run-of-the-mill post here in that I want to talk about a series that received some extra attention as of late–  a sci-fi adventure that lands in my Top 10 Best Anime and is in the number 1 spot and that is Cowboy Bebop.  For years fans have awaited a blu-ray version of this acclaimed series and on December 21st, 2012 Japanese fans had received exactly just that.

Only thing was this show had a wider commercial success in the western parts of the world due to its heavy influence as a science-fiction collection of stories that integrated spaghetti western themes mixed with styles of jazz.  American fans revitalized this show as something very special because as it failed in Japan initially it was re-aired and gained popularity after receiving such praise from american audiences from all across the globe.  As I have said before this has to be one of the most popular anime and anyone that has heard of japanese animation or even seen a couple KNOWS about this one.  Pushing past the licensing issues this series had with Bandai Entertainment’s inevitable shut down in 2011, North American licensing distribution publisher Funimation along with Sunrise teamed up to rescue this series and as such will be releasing this on the Blu-ray format December 16th, 2014.

What remains even to this day as a monumental success in Bebop‘s efforts at receiving positive results was its fantastic direction in the English dubbing department–  the Japanese blu-ray set never included the dub track nor subtitles in English it was a bare-bones collector’s box for anyone that doesn’t speak Japanese whereas the U.S. release of this will include them.  To commemorate this Funimation has started doing a special theatrical screening ploy to increase its retail popularity even further–  I’ve got to say this was a ridiculously smart move on their part because you know the hardcore fans will go out and see this like I did.  Too bad there won’t be a theatrical viewing of all the episodes but this sure did provide a nice teaser for the Blu-ray edition of this acclaimed classic.