I am quite behind on a few series–  Shigatsu wa Kimi no Uso, Sailor Moon, Garo and Mushishi Zoku Shou.  Eventually I will get to finishing these posts.  Once I hit my 300th post I will be discussing the Top 10 2014 Categories which will include the following for a Top 10 Best of list:

More on that later.  Now it’s been a few days since the official winter anime season has begun as we’ve had a few series out and some that look promising on the horizon.  Time to start the list! 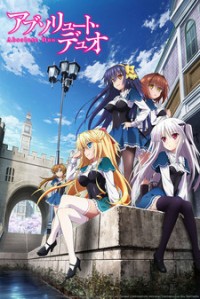 This is one of the first series to premiere and definitely not a series that has me interested at first glance but I will at least give it a chance.  This director has done a ton of harem series in the past and considering how this actually marks the first time he’ll be working on an entire series.  This doesn’t bode well for it.  Animators of Infinite Stratos will guarantee this show will be chock full of ecchi and at times very gorgeous in background designs.  The composer I have never heard of and I believe it might be the first time we them working on a full-fledged anime series rather than a collection of OVAs. 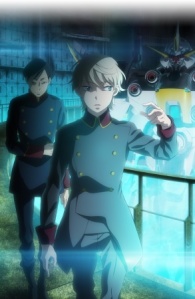 It’s a cry and shame that Gen Urobuchi could not have worked on the second season of Psycho-Pass.  However, good to see him get the ball rolling on newly produced works like Aldnoah.Zero—  very creative to use two different sides that are raised on different planets to settle the score in hopes of regaining their own humanity on their own terms.

The mecha series returns after a season break and reunites the entire staff of the first one.  This was probably one series that turned out to be one of the biggest surprises of 2014 as it progressed!  Not much to say only that I hope Urobuchi along with Fate/Zero director has ideas up their sleeves to make this more intriguing than its first half! 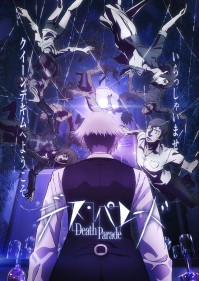 This is probably one of the most anticipated series of the season for me.  I loved the OVA from the Mirai Project back in 2013 and everyone from that is returning to develop this show here!  Judging by the PVs shown of this I get the feeling we will be getting another episodic series similar to what Mushishi Zoku Shou offered us last year.

I just hope this team can pull off individually what they did with that OVA feature by creating a dark atmosphere considering this show’s main theme is about death and the humans that come to terms with it.  We’ve also got an incredible seiyu for episode 1–  Kazuya Nakai that played Karasu of 2006’s sci-fi anime Noein. 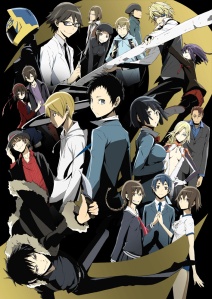 I enjoyed the first season of this a ton especially most of Omori’s works because of how well he adapts the manga in terms of characterization.  Baccano! was proof of this.  A series that introduced a large cast of characters each with their own motives and personalities that didn’t suffer as it progressed and remained completely refreshing.  Ikebukuro received an in-depth view of the city its set in and we once again return but I’ve got some qualms with the staff a bit here.

It’s changed as an entirely brand new animation studio will be producing the animation here.  Aside from that the director of Baccano!, the first season of Durarara!!, and the more recent Samurai Flamenco he will be tackling the directing of this.  Including the other 2 cours that are slated for later this year and 2016.

Character designer Kurita worked on Noein and Macross Zero OAV, so hopefully he will be able to shift the dynamic this new studio will have on this second season skillfully. 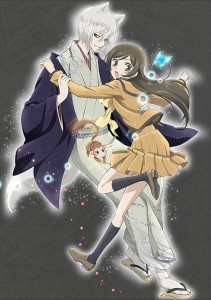 One of the last remaining good comedy shoujo series out there.  A story about a teenage girl that becomes the local land god and serves as master for Tomoe, a fox yokai.  This show was very funny and pressed on the ideas about Japanese deities than any other series we had in 2012!

Glad to have this series back and hopefully the reuniting staff here will adapt Suzuki’s manga well. One of the best opening songs of 2012 too!  Really catchy! 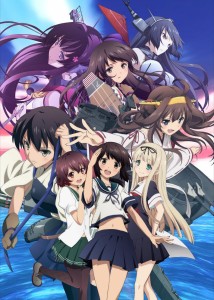 This is a prime example of a series that I can see doing extremely well in sales due to its content just as Sword Art Online has or even Idolmaster.

Not really sure about this one because of the director in how he adapts series.  Based on an online japanese card game in the same way that Shingeki no Bahamut was but this has spawned various dojin, manga, and light novels.  Featuring the original voice cast of the game I wonder if the dialogue will be any good for this.

Campione! and Ro-Kyo-Bu!’s director Keizou Kusakawa will be directing this and based on his repertoire not much has been developed than action, drama, harem fan service anime series.  Heck 2008 had one of the worst series and that ended in absolute failure–  Sekirei, a series with the plot loosely developed in the background against girls in skimpy outfits. 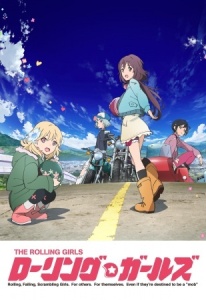 Kotomi Deai worked alongside Tomohiko Ito to direct Gin no Saji’s second season and that was one of the best series of 2014!  Without any assistance from another director this time around I am curious how she will be able to tackle this. She’s a fantastic episode director that worked on some really solid episodes of Ergo Proxy and the most ambitious episodes of  one of my favorites Michiko e Hatchin!

What grabbed my interest immediately was the fact that Shingeki no Kyojin‘s animation studio will be producing this!  It looks incredibly beautiful and really different than what that series looked like!  Out are the thick lines that Kyojin had an here we’ve got tones of some really bright colors!  And then there is the music composer to one of the best soundtracks of 2014’s fall season Shigatsu wa Kimi no Uso!

The only thing I am worried about is the series composition writer here–  Yasuyuki Muto has done some decent anime films like Afro Samurai catering to american culture and scripted some decent episodes of RD Sennō Chōsashitsu. 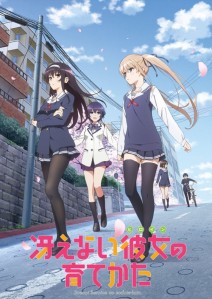 Noitamina’s second series to air next to Shigatsu wa Kimi no Uso‘s second half.  A series about otaku Tomoya Aki that meets beautiful girl Megumi and decides to model the heroine after his own dojin game after her.  A cross between Bakuman and Welcome to the NHK!.  Now this should be interesting as it’s another adaptation of a light novel series like Ryuugajou Nanana no Maizoukin was last spring.

However, this time the original creator will be working on the scripts and the original character designer doing handling the designs on top of A-1 Pictures animating this!  The PVs for this look really fluid and it’s not a huge surprise here considering how well A-1 is at producing anime series.

On top of that I’m sure the anime won’t be deviating considering how it will be scripted by the author.  Highly unusual to see in the industry.  I haven’t read the light novel and I hope it remains interesting for only a 1-cour series has been announced.

The biggest thing that has me bugged about this series IS the director–  Nanana was a really rushed adaptation of a collection of light novels however a positive point is how Kamei directed Usagi Drop.  As each episode provided this amazing distinction between adults and children and the family relationships that can come from them. 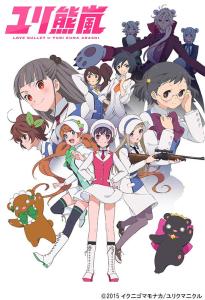 THIS looks really promising.  I’ve already seen the opening to this: as lewd as it may be it sounds fantastic and looks visually stunning! Can’t wait to see what the first episode offers!

One of my favorite director Kunihiko Ikuhara created the early 90’s series Revolutionary Girl Utena and 2011’s Mawaru Penguindrum.  Pretty much everyone that worked on Penguindrum is back for this series about a sci-fi series mahou shojo series that features a Wuthering Heights Academy where girls fall in love with each other.  I hope that Ikuhara has more influence over Ikami’s scripts because this is definitely someone who didn’t deliver well on a few episodes of Arcana Famiglia and Kami-sama no Memo-chō.

Another issue is animation studio SILVER LINK–  one of the worst series they’ve ever produced has got to be Tasogare Otome x Amnesia.  Speaking of last year, they didn’t do so well with Girlfriend Beta or Rokujōma no Shinryakusha!? either.  Too many closeup shots that reflect in a negative light the story.  Hopefully we won’t have too many of those with this series here.

Putting aside the script and production studio issues I might have with this we’ve got an awesome composer in charge of the soundtrack–  Yukari Hashimoto of Mawaru Penguindrum and Sayonara Zetsubō Sensei’s first ending composition!  I enjoyed the animation designs for Honey & Clover II, and I hope that Etsuko Sumimoto can get these designs adapted smoothly from the manga author!

So that wraps up my coverage of the Winter 2015 Anime Previews!  These are just a few series that look interesting to me, and if any of my readers want me to cover at least the first episode of a series that is not listed above please let me know and I will try to get to reviewing it.  The winter 2015 upcoming anime series that I may be covering will also be including 2-cour shows that I covered from last year’s Fall 2014 season.

So as of now including these new series for initial impressions of the first episodes here is what I will be covering for 2015’s Winter reviewing: