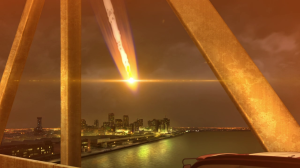 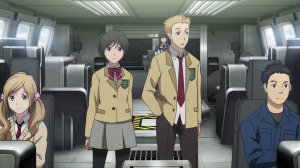 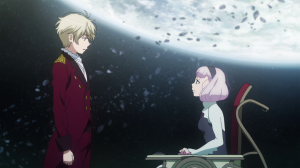 If only this show had been 1-cour it would have been spectacular that cliffhanger midway through was amazing but creator Gen Urobuchi went off the seat of his pants with the second half:  reviving characters and forcing the narrative to evolve into Slaine’s perspective rather than the overall turmoil both Empires are facing.

Inaho receives the robot trope that is often used in order to estalish a Dues-ex machina to the show in order to wrap character’s motives up quickly!  This is NOT how to develop your cast especially when there is little resolve with Rayet’s struggle dealing with her father’s death!  There really should have been more background on the chain of command behind United Forces of Earth.

What the first few episodes did so well with was building up the invasion, the conspiracy that the Vers Empire wanted to assassinate the Princess and the tension between Slaine and his comrades were just a small detail that unfortunately was the focus of the last twelve episodes of Aldnoah.  Urobuchi opened this up for another season–  is this for cash reasons?  The merchandising sales have been very high so I’m sure this might be the case as to why the ending turned out so lightly unresolved.

On a more positive note:  A-1 Pictures pulled off some really good designs on the characters and matched it to some very fluid animations quite consistently.  Fate/Zero director Ei Aoki established animation studio TROYCA in 2013 with a few friends of his–  Aldnoah is their first work that ends up in the final product having very good CG on the Kataphrakts!  Can’t wait to see their first full-fledged project later this year with Sakurako-san no Ashimoto ni wa Shitai ga Umatteiru!