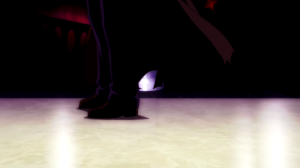 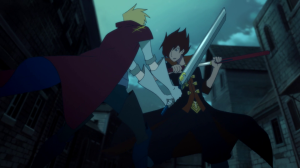 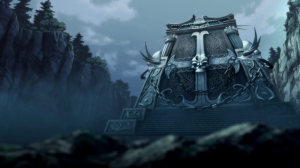 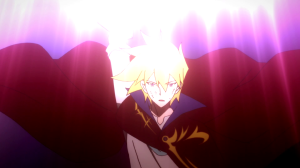 I was wondering when we would get another story that focused on Alfonso and Fernando–  this more than made up for their departure since episode 5 and now things have gotten very intriguing.  Fernando looks to Garm for a Horror to train Alfonso as he definitely knows his time is up soon–  I really like how the creators have put Garm into an independent watchdog position within the Makai Academy in that she never outright answers a question that is asked of her by German, Leon and now Fernando.

I also like how the story switched perspectives here between Alfonso and Leon leading to their inevitable encounter against the Horror chimera of Orvien.  Perhaps Garm intended for this to happen–  nonetheless, this was fantastic and pulled the weight away from Leon struggling to do everything himself without his father’s direction to become a man and knight of Makai.  Befriending the prince of Valiante only enhanced this a heck of a lot more here.

About the only qualm I had about this was the overbearing drama that Fernando displayed.  We know he’s ill and coughing up blood was an indication of that quite a bit here but they shouldn’t have overdone it because his death would have left a larger impact for the viewer.

Aside from that, Alfonso finally receives his resolve and rightful claim as a Makai Knight by receiving his power and honor from the very man that trained him which worked out amazingly well.  This was able to explain in great detail how important it is for these Knights to pass on their Makai armor to another which German hinted at around episode two.  Loved the part where the ghostly Gaia wanders around the near-dead Fernando only to wind up in the last 5 minutes to save the day and die within the final few minutes of this episode.  Shows off the pride Alfonso has in protecting his kingdom and his honor towards his teacher Fernando to become a Makai Knight. Can’t wait to see what happens next and what Mendoza has planned!