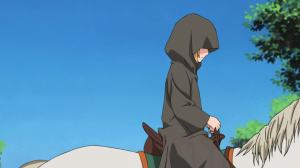 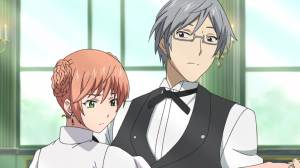 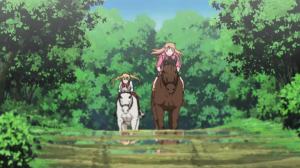 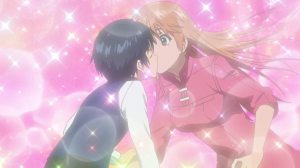 This reminded me why I really like shojo series, in that there is drama overlapped with comedy and a bit of romance. I am thoroughly enjoying Nike’s character very much. It’s not just her charm but she is establishing a charisma I believe she hadn’t had before. Thanks to Livius’ efforts.

Here we have another love interest in the form of a fiancee to Livius. Nike did not take this too well. Now that Soredemo has added in a love rival, where will this series end up? When I saw the preview for this episode I was not too excited about it, considering how in the manga we’re introduced to this theme much much earlier. Chapter 2 I believe is where Luna makes her appearance and with the anime pushing it further back I think it couldn’t have worked out better. The first 5 episodes allowed so much development for Livius and Nike that the interactions the anime adapted from the manga were a lot stronger. In the manga, the scenes here were nothing but thrown in for the sake of having drama. The anime on the other hand gradually developed this and built it up. Nice work!

As childish as Luna may seem for her affections. Nothing felt out of place, aside from the short scene in the courtyard. The majority of the scenes where Luna continually pushed Livius’ feelings onto her own ultimately shaped a bigger bond in Livius’ relationship with Nike. The kiss towards the end may have been foreshadowed earlier on, Studio Pierrot managed to pull it off quite nicely here. The animation isn’t super flashy, there are not very many action sequences if any, yet everything here came together smoothly . The soundtrack to this series is fantastic, this can help make or break a series both plot wise and in its creative style.