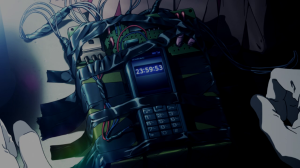 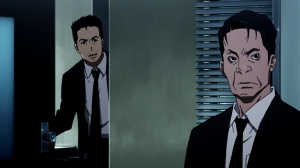 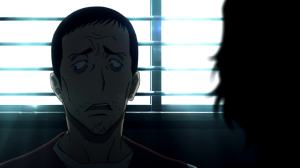 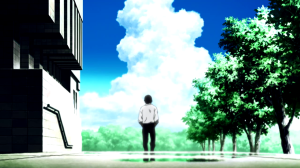 The production staff has done a tremendous job at creating a compelling episode every week! This show pulls in strong elements of what happened on September 11th, 2001 from the previous episodes. It is a tough show to sell to an american audience based on that fact alone.  Hard enough that the series’ focus is on Nine and Twelve- the terrorists that have blown up two buildings so far.

Hands down this is the best soundtrack of this season! Yoko Kanno has not composed for a series since her work with Watanabe on Sakamichi no Apollon and that was in 2012. Just about every scene had a new piece of music to accompany it!  Some of which is on the soundtrack that got released the day prior of the series airing.  Cannot wait to hear the rest of what she has for this series! The music this season has been incredibly solid too! We’ve got Kenji Kawaii for Barakamon, Hiroyuki Sawano for Aldnoah Zero, Yuki Kaijura for Sword Art Online II, MONACA for Captain Earth! A great season for soundtracks, but Zankyou is the best in originality, performance, style, and delivery.

Every scene in this show is so moving- this carries a huge effect on the characters.  Shibazaki and Mukasa’s conversation about today’s generation of kids.  I am so impressed with this!  This time we were revealed so much more on Shibazaki, and the terrorists. Surprising that Watanabe decided on showing Five in the past segment so soon. The second pv for Zankyou gives away who she is a little too much I think.  Interesting that the bomb was intended not to explode rather to exploit whether the police knew the connection between the first bomb and the plutonium incident.  Small points in this show that develop into a much bigger picture!  Perfect example of this were the hazmat suits, Mukasa’s idea of the young kids feeling lonely and wanting attention so they blow stuff up.  Interesting theory.

This episode also emphasizes how much can be re-watched in order to understand areas of the plot. The police are still investigating the first bombing and end up investigating the crane driver!  Splendid add-on to the plot here! Did not expect that much from the suspect!  Wonder if we will see more of him!  I had to see this episode twice to pick up on quite a bit that was behind the scenes.  Twelve’s concern about the previous riddle being too difficult turned into foreshadow. Shibazaki’s hometown being Hiroshima gives him motivation in catching these guys.  So much power behind every person in this series is what makes this show so great!  Each and every person in this show including their dialogue, actions, riddles, and scenes are significant in maturing the story!